Speakers all over the USA will share their knowledge and experience.
Get to know them! 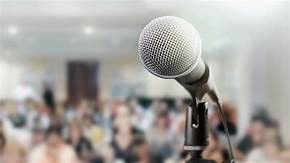 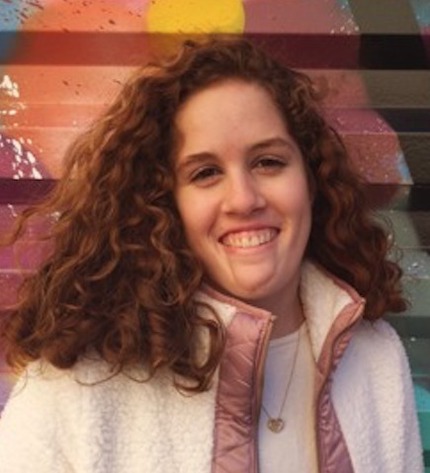 Beatriz Lopes is a senior at Stony Brook University, studying Applied Mathematics and Statistics as well as a minor in Italian language. After graduation, Bia plans to start her actuary career with an internship in Massachusetts. During college she started attending the Long Island Spiritist Center. In the summer of 2016, Bia got to deliver a speech on Spiritism and Religious Tolerance on International Youth Day at the United Nations. For the past 4 years, Bia has been the host of Kardec Radio For Teens, a weekly radio show program where teens can learn about spiritism and use the teachings to help improve their day-to-day lives. 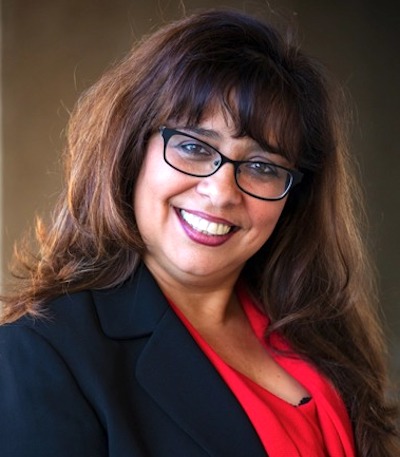 Bernadete Leal has a Master’s degree in Education and works as an elementary school teacher in San Diego, California. She is currently a board member of the Spiritist Society of San Diego. She gives talks and workshops on education, Restorative Justice Practices, and Spiritist philosophy. Bernadete is very creative and has a passion for music and singing. She is an advocate and a facilitator in the Project Roots, which is a program in San Diego that brings awareness and prevention to young girls on human trafficking. 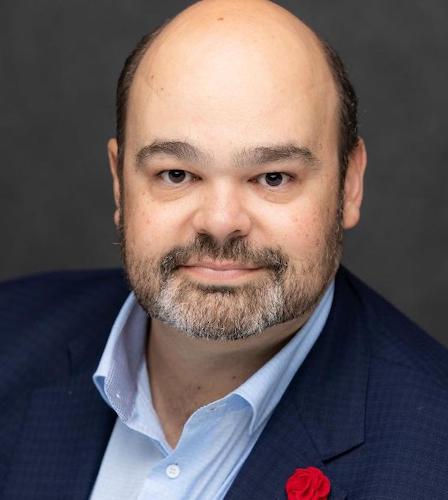 Dan Assisi speaks on Spirituality and Spiritism in the US and internationally. Known for a mix of irreverence and deep thinking, Dan shares a message of hope and love through rational faith that both inspires and educates audiences about our spiritual nature. Dan is a founding member of The Spiritist Institute and a board member of the California Spiritist Association. You can also find him as the host of the Spiritist Conversations podcast. Dr Assisi holds a Doctorate degree in Education and a Master’s in Public Administration with a Graduate Certificate in Public Policy from the University of Southern California. 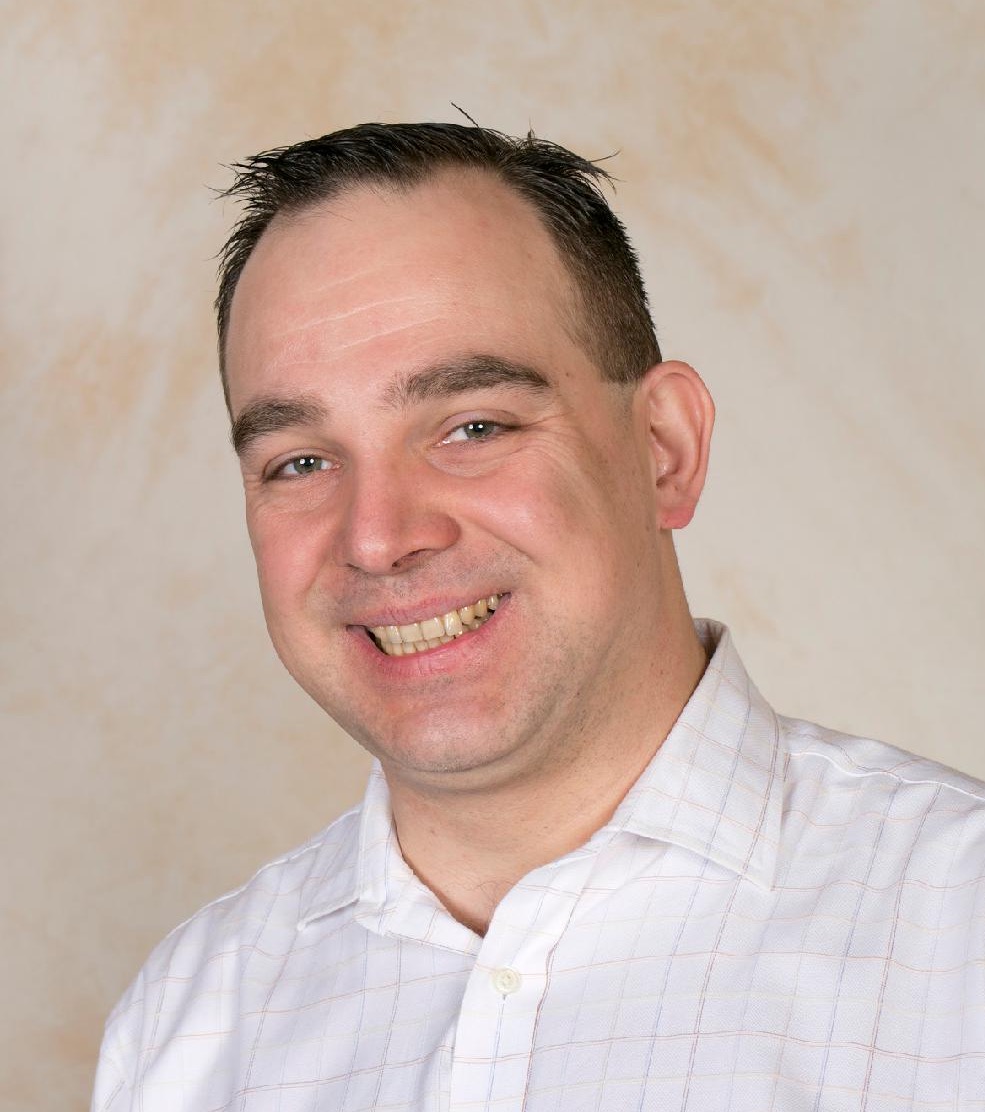 Flavio Zanetti has worked in the Board of Directors of the Allan Kardec Spiritist Society of Massachusetts in different positions. He acted as the Programs Director for the United States Spiritist Council, and more recently helped found the Spiritist Institute, a non-profit dedicated to disseminate Spiritism in English. He also contributes as a translator of printed Spiritist materials, and with simultaneous translation for Spiritist events nationwide. Professionally he is an engineering manager, working for a multinational telecommunications company. He holds a Bachelor of Science in Engineering, a Bachelor of Arts in Sociology and a Master’s degree in International Management and Business Operations. 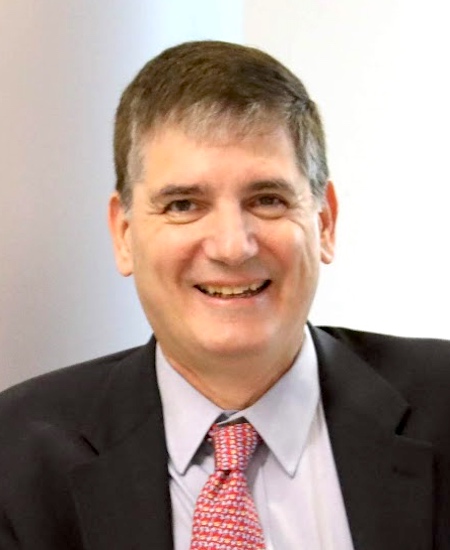 Joao Korngold is one of the founders and directors of the Spiritist Group of New York and the Spiritist Alliance for Books (SAB), that promotes and disseminates Spiritism in English. He has been one of the directors of the mediumship meeting for the past 18 years. He is also responsible for study groups at SGNY that focus on the basic books of Spiritism and on the Andre Luiz Collection. He gives talks on Spiritism in Portuguese and in English. Joao Korngold is an Engineer, and professionally he works as a banker. 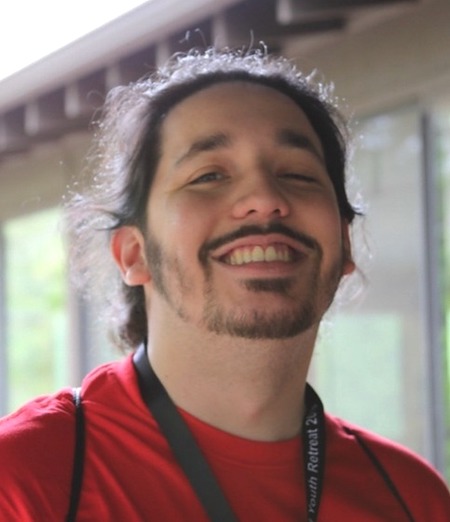 Joao Zago is an active participant in the Spiritist Movement, more directly involved in the Children and Youth Department of the Spiritist Center Divine Light in Newark, New Jersey. He’s given lectures on topics such as forgiveness, understanding one’s self and one another, and suicide prevention. Currently Joao also works behind the scenes in his Center’s Communication Department and other Spiritist Events in and outside of his Tri-state area. Joao has a BA in Visual Art from Ramapo College of New Jersey, and is a queer visual artist and gallery registrar in Newark, New Jersey. 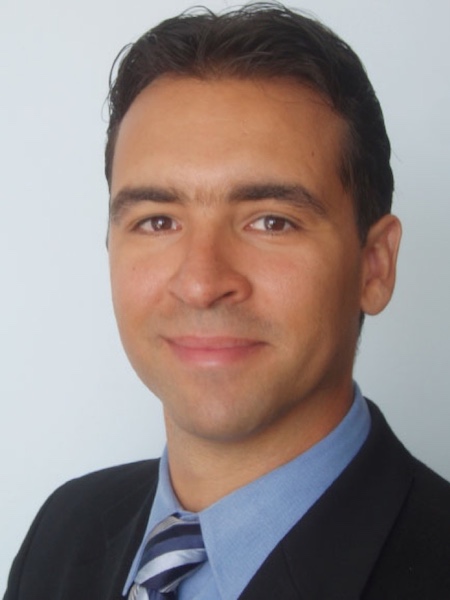 Julio Carvalho is the founder and co-director of the Spiritist Center Divine Light in Newark, New Jersey. He is a member of the Tri-State Spiritist Federation, where he works actively in the department of public speaking. Mr. Carvalho participates in national and international congresses representing the United States and the Tri-State Spiritist Federations. Professionally, he is a licensed clinical social worker with 20 year experience in public speaking in the field of mental health, group administration and emotional wellbeing. He works as a psychotherapist for Compassionate, Care Hospice. Academically, he has a bachelor in biology and a master’s degree in social work at Kean University. 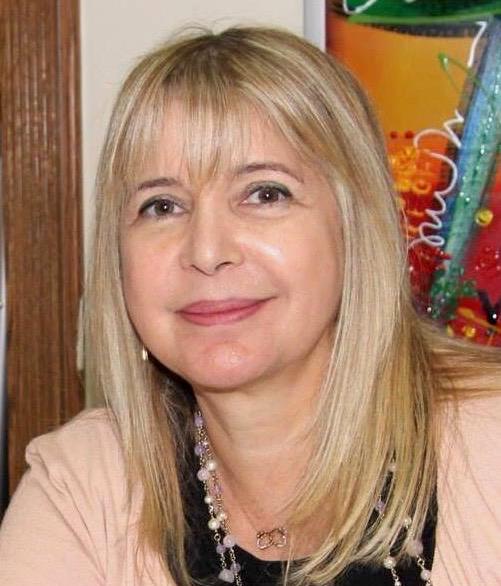 Jussara Korngold is the founder and president of the Spiritist Group of New York and the Spiritist Alliance for Books (SAB), which has the aim to promote and disseminate Spiritism in English. Mrs. Korngold is fluent in Portuguese, English, French and Spanish. She is a published author, and a translator. She is currently the President of the United States Spiritist Federation, Executive Director of the Tristate Spiritist Federation, and General Secretary of the International Spiritist Council. With a Bachelors in Economics, and Master’s degree in Finances Mrs Korngold works for Brazil Child Health as its main executive. She is also an Executive Board Member of the Grupo Mulheres do Brasil in NY. 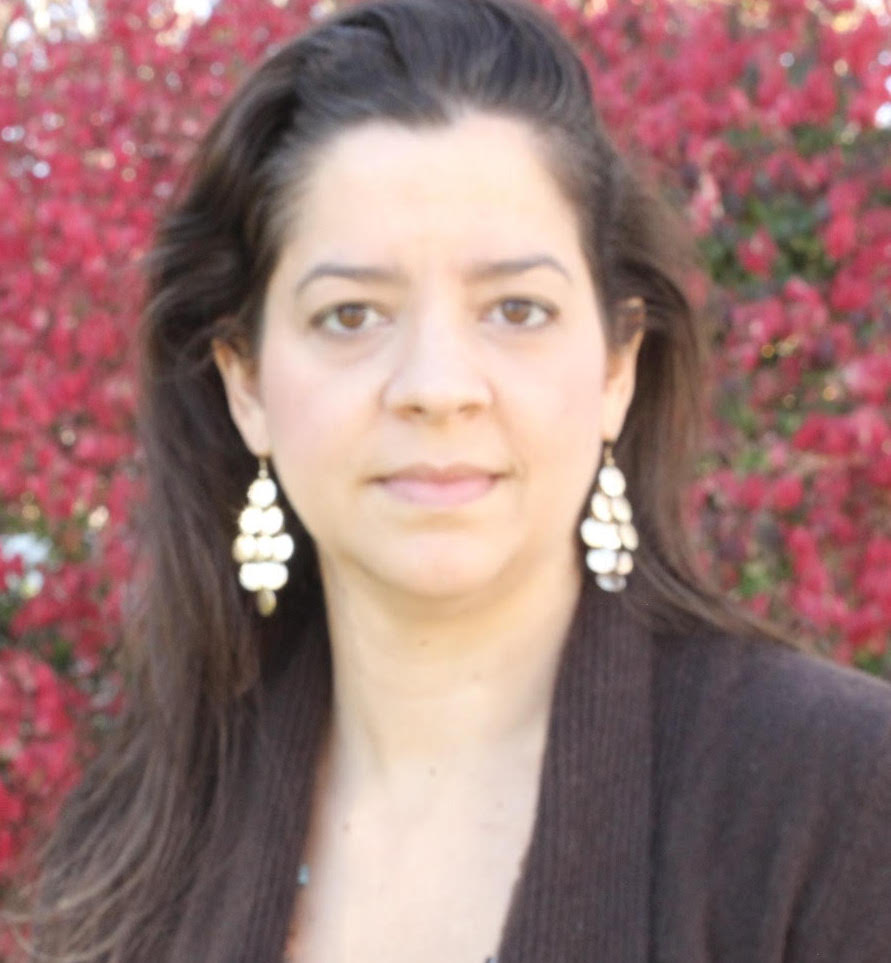 Ligia Carvalho is the Secretary, and the coordinator of the Spiritist Education Department and bookstore for the Spiritist Center Divine Light in Newark-NJ which she co-founded and coordinates with a group of friends. She is an active participant in the USA Spiritist movement as a speaker. Ligia is a member of the United States Spiritist Federation serving as their “Family, Youth and Children Spiritist Education” Director (FYCSE). Professionally, Ligia is a licensed therapist with over 10 years working with children and adolescents with behavioral and mental health problems and currently works with the terminally ill as a hospice social worker. 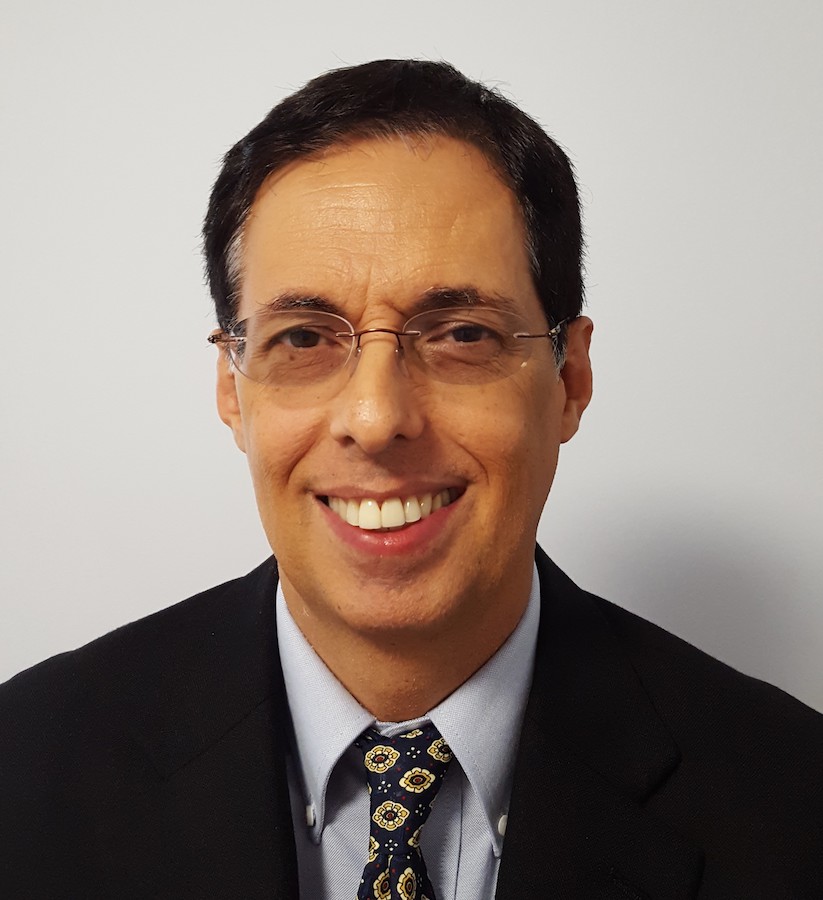 Luiz Lima has begun his journey in Spiritism since 1990. As a serious researcher on the scientific aspect of Spiritism, Luiz has been facilitating the studies of how to bridge science and Spiritism in both languages: Portuguese and English. Mr. Lima is a renowned lecturer in the Spiritist movement and participates in local and national seminars and events all year around. Luiz Lima holds a degree in Electronic Engineering, and he works in the computer network industry. 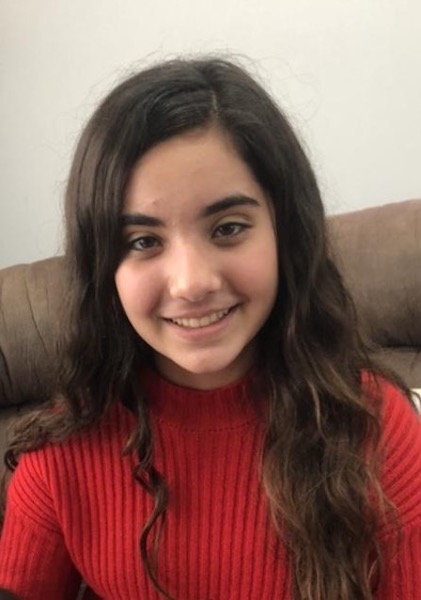 Rebecca DaSilva ​is a freshman at Sherwood High School, studying child development and the french language. Rebecca is fluent in English and Portuguese. She aspires to become a pediatric psychiatrist. After high school graduation, Rebecca plans to apply to medical school at John Hopkins in Baltimore. She is a second-generation Spiritist and she has participated in the children and youth program of the Allan Kardec Spiritist Society of Maryland since 2017. Rebecca is certain that Spiritism has positively influenced every aspect of her life. 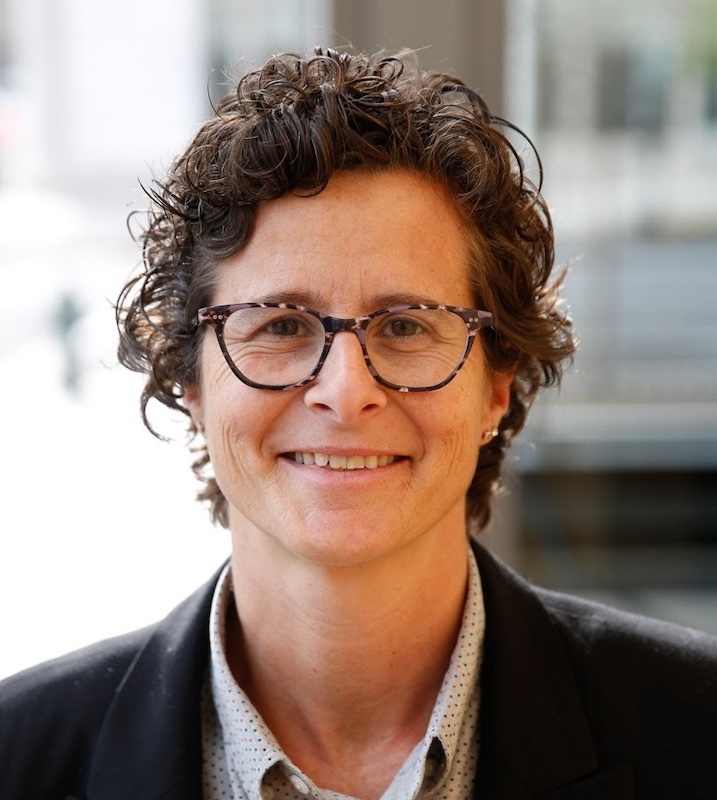 Suzana Simoes is an active worker of the Spiritist movement. Dr Simoes spends her time between her professional work as a Doctor of Physical Therapy, her family, and the dissemination of Spiritism. Suzana has worked as a member of the Spiritist Federation of Florida and the United States Spiritist Federation. She is one of the founders of the Conscious Living Spiritist group in Miami where she works primarily overseeing the work in English. She is an active speaker in the US and abroad. 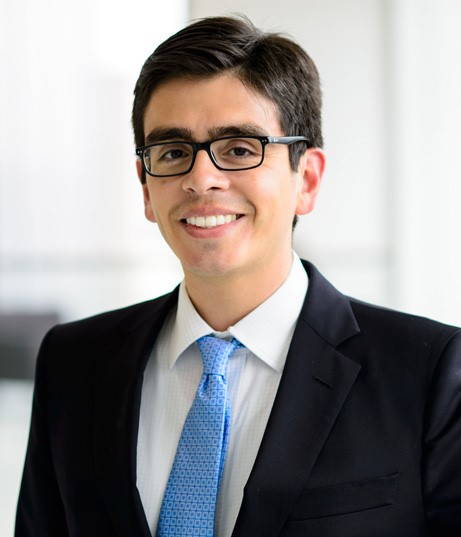 Adrian Alvarez is a fourth generation Spiritist from El Paso, Texas. He’s been a member of the Allan Kardec Spiritist Society of Maryland since 2013, where he serves on the board of directors, teaches a group of teens, and helps to coordinate the Society’s English-language programming. Adrian lives in Washington, D.C. and works as an attorney and law professor. Before attending law school, he obtained a BA in Latin American Studies and a Master in Public Affairs. 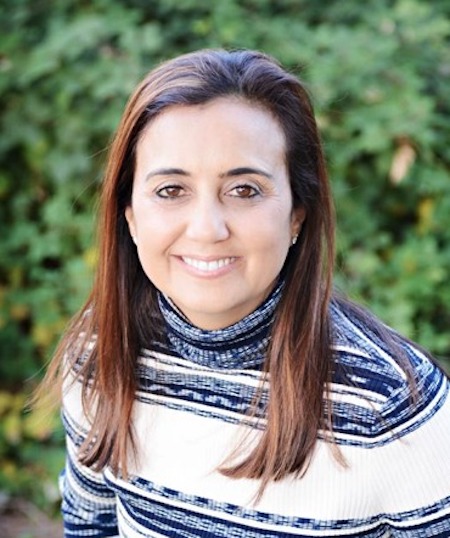 Anna Moreno is the co-founder and president of the Chico Xavier Learning Center in Oregon and was previously the president of the Joanna de Angelis Spiritist Society in the Bay Area. She was an active contributor at FEESP – Federação Espírita do Estado de São Paulo, teaching various classes and working across multiple mediumship groups. Mrs. Moreno hosts a weekly virtual group study of Andre Luiz, with attendees in the US and Brazil. Professionally Mrs. Moreno has had many leadership positions in sales and marketing, product development and global alliances in major technology companies. Anna holds a master’s degree in Business Administration and Marketing with a Graduate Certificate in Electrical Engineering. 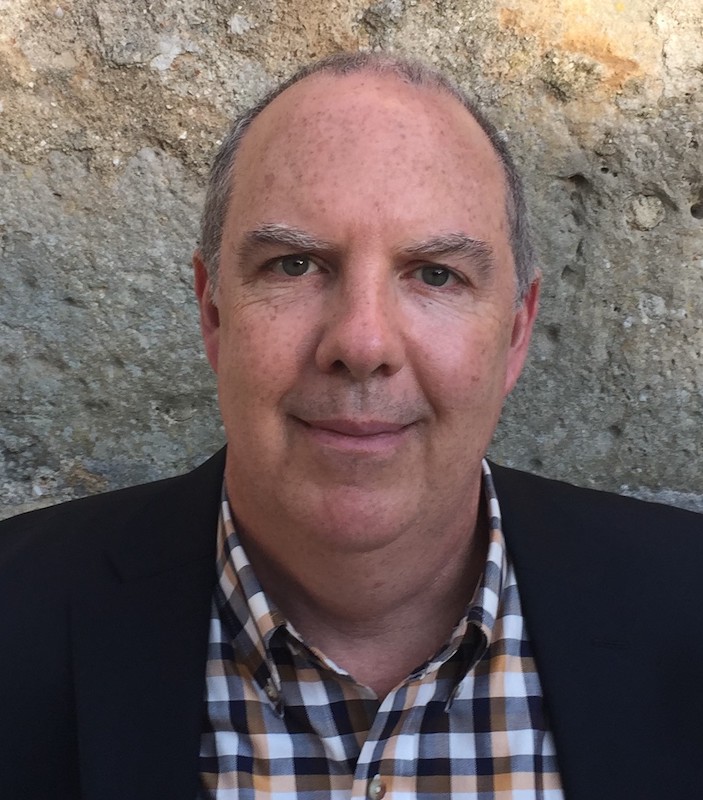 Peter Hays is the President of Spiritist Group Love and Light in Newark, New Jersey. He has done lectures on Spiritism all over the US and has participated in several U.S. Spiritist Symposiums.  Besides doing over sixty episodes of the radio program Living Spring on Kardec Radio, he was on the editing staff for The Spirits’ Book by the U.S. Spiritist Federation. Peter loves playing guitar, so he teaches kids and adults at Love and Light.  Peter has published several children’s books with his wife, through their company Sem Fronteiras Press. Peter is involved in commercial real estate. 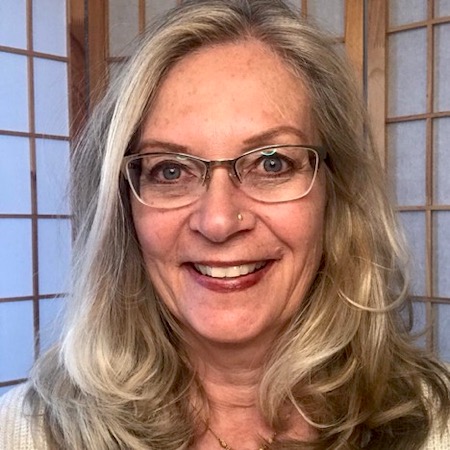 Sunshine Beck has a Master‘s degree in Translation and Interpretation with a Minor in International Law from the University of Heidelberg, Germany. She graduated from NYU with a Certificate in Corporate Banking/Risk Management. Her life long seeking for understanding the human condition, led her to studying and practicing several spiritual paths. A cancer diagnosis 15 years ago culminated in her finding her spiritual home through Spiritism. She is a founding member of Bezerra Spiritual Healing Center in Sacramento, CA, and the founder of Divine Light Spiritist Center in Nevada City, CA.

Past Symposia
What is Spiritism 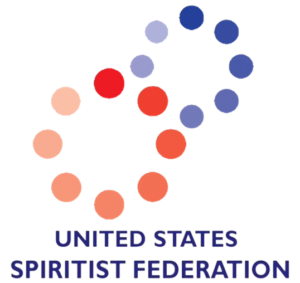 The Spiritist Symposium presents spiritual related themes in today’s life, with the goal of taking it to a new level of self-awareness and purpose.